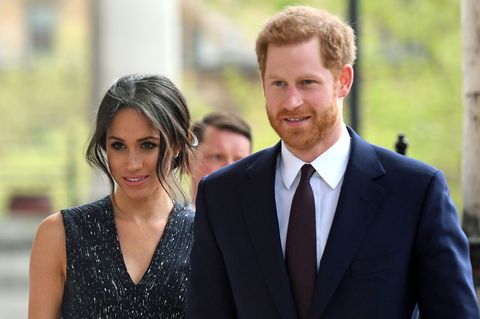 Today in unfortunate things happening to Meghan Markle and Prince Harry in the UK, a council in East Sussex is set to debate whether the couple should lose their Duke and Duchess of Sussex titles…at least when they’re in Brighton and Hove.

The Brighton and Hove City Council does not actually have the power to take away the couple’s royal titles; only the Queen, who gave them the appointments on their wedding day, can. But a petition started by Charles Ross got 3,881 signatures, so it will be presented at the council’s meeting today.

We the undersigned petition Brighton & Hove Council to reject the usage of the titles “Duke of Sussex” and “Duchess of Sussex” by the individuals Henry (“Harry”) Windsor and Rachel Meghan Markle as morally wrong and disrespectful to the county of East Sussex. As residents of Brighton and Hove we call on Brighton and Hove Council to not refer to these individuals by such titles which we believe to be entirely non democratic and symbolic of the oppression of the general public by the wealthy elite. Neither will Brighton Council invite or entertain these individuals nor afford them any hospitality or courtesies above and beyond that of an ordinary member of the public.

Okay, but The Mirror reports that given the council cannot actually take away their titles, the proposal is “unlikely to be backed by the council, who don’t have the power to remove their titles, and will be seen as a waste of time.” Truly.