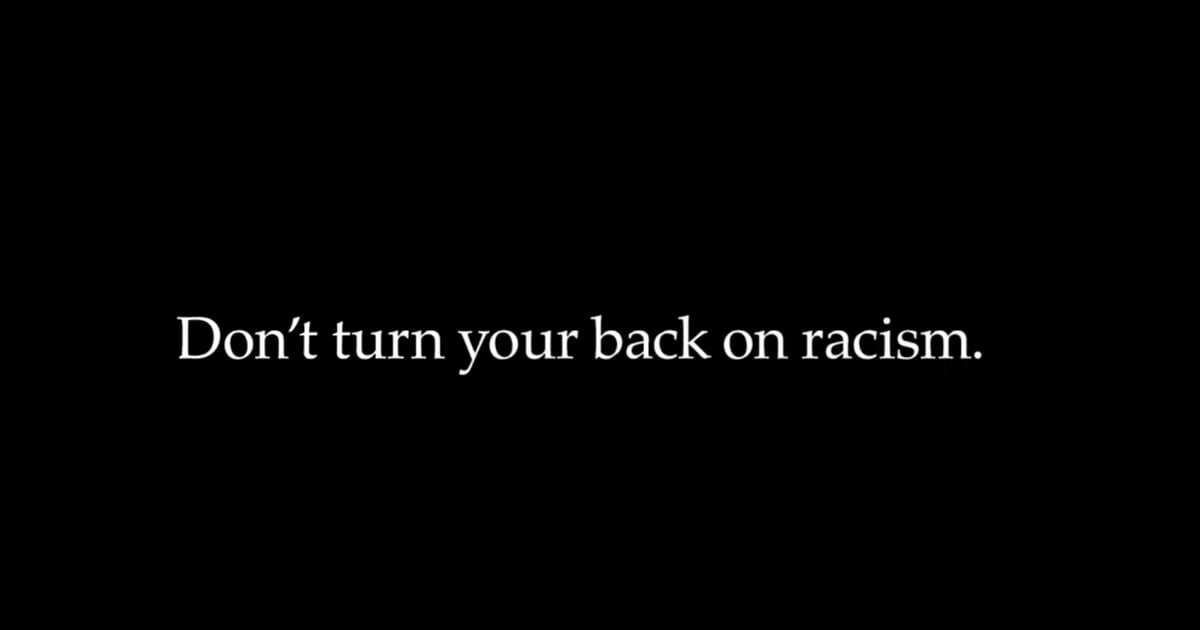 With one word, Nike has turned their iconic slogan into a form of protest and a call for change. “For once, Don’t Do It” is the title and first lines of a video released today on Nike’s YouTube channel, which goes on to implore viewers: “Don’t pretend there’s not a problem in America. Don’t turn your back on racism. Don’t accept innocent lives being taken from us.”

Though the video doesn’t mention any victims by name, the timing of its release speaks for itself. The video comes four days after the death of George Floyd at the hands of Minneapolis police officers, which has led to outrage and protests across the country. Police officer Derek Chauvin, who knelt on Floyd’s neck for seven minutes even as Floyd protested that he couldn’t breathe, has since been arrested and charged with third-degree murder.

Activists have urged Americans to speak out and take action against the ongoing issue of police brutality against Black people, a statement echoed in Nike’s video. “Don’t make any more excuses. Don’t think this doesn’t affect you. Don’t sit back and be silent,” the video says. It’s not the first time Nike has made a statement about social issues such as racism, doing so memorably with Colin Kaepernick’s “Believe in Something” campaign in 2018, and with this latest, point-blank statement, the brand has made its position even more clear. At the end, the drumbeat of “Don’t Do It” becomes a call to action: “Let’s all be part of the change.”

Edmonton-Based Brand Poppy Barley Just Launched a Collection Made with Cactus Leather
Kickboxing, Barre, and HIIT: These Live Workouts Will Have You Sweating All Week Long
Four Years in the Front Row
Even Michelle Obama Turns to Rihanna for Life’s Biggest Events
This Year, Make Habit Tracking a Part of Your Wellness Routine