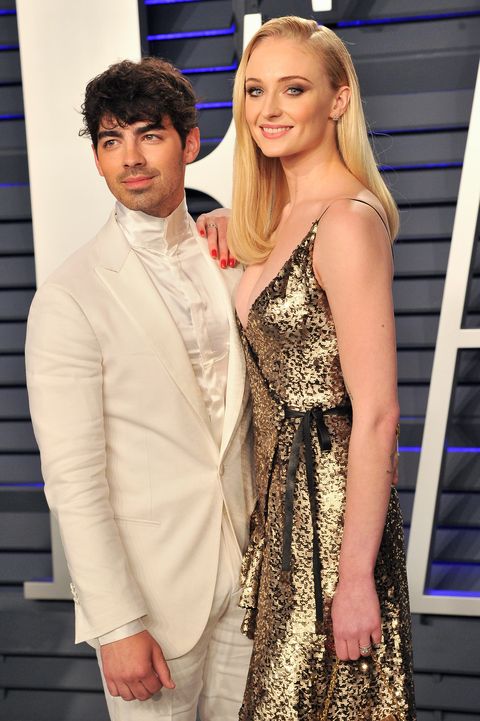 Sophie Turner and Joe Jonas are spending the summer getting ready to welcome their baby into their family, but they’ve also been apparently working on another project lately. They took part in an at-home remake of The Princess Bride (1987) from Quibi. The project, benefitting World Central Kitchen, was directed by Juno‘s Jason Reitman and was shot entirely at home by the actors on their phones. Beginning June 29, Quibi will release chapters of the movie every day for two weeks.

On Friday, Vanity Fair released a first look of the movie, which shows Turner in the role of Westley (originally played by Cary Elwes) and Jonas playing Princess Buttercup (originally played by Robin Wright) in the scene where the two escape the fire swap and face the Rodent Of Unusual Size (ROUS). Their corgi plays the ROUS.

For example, here’s Common and Hadish as Westley and Buttercup. You can also see Hugh Jackman getting very creative with some Legos.

This will surely be a home-video that Turner and Jonas show their kid one day.

Hilary Weaver
Hilary Weaver is a freelance writer based in New York who writes about politics, queer issues, Meryl Streep, Glenn Close, and every woman the Queen has ever made a dame.

Priyanka Chopra on Wanting ‘Many’ Kids With Nick Jonas and Whether Their 10-Year Age Gap Is a Hurdle
Audrey Cracks the Myth of Perfection
Angel Chen Designed Canada Goose Parkas That Can Be Worn Upside Down
This 30-Second Anxiety-Calming Breathing Exercise Works Wonders on My Stress Levels
‘There’s No TMI Anymore’: A Conversation With Julia Rothman and Shaina Feinberg About Every Body