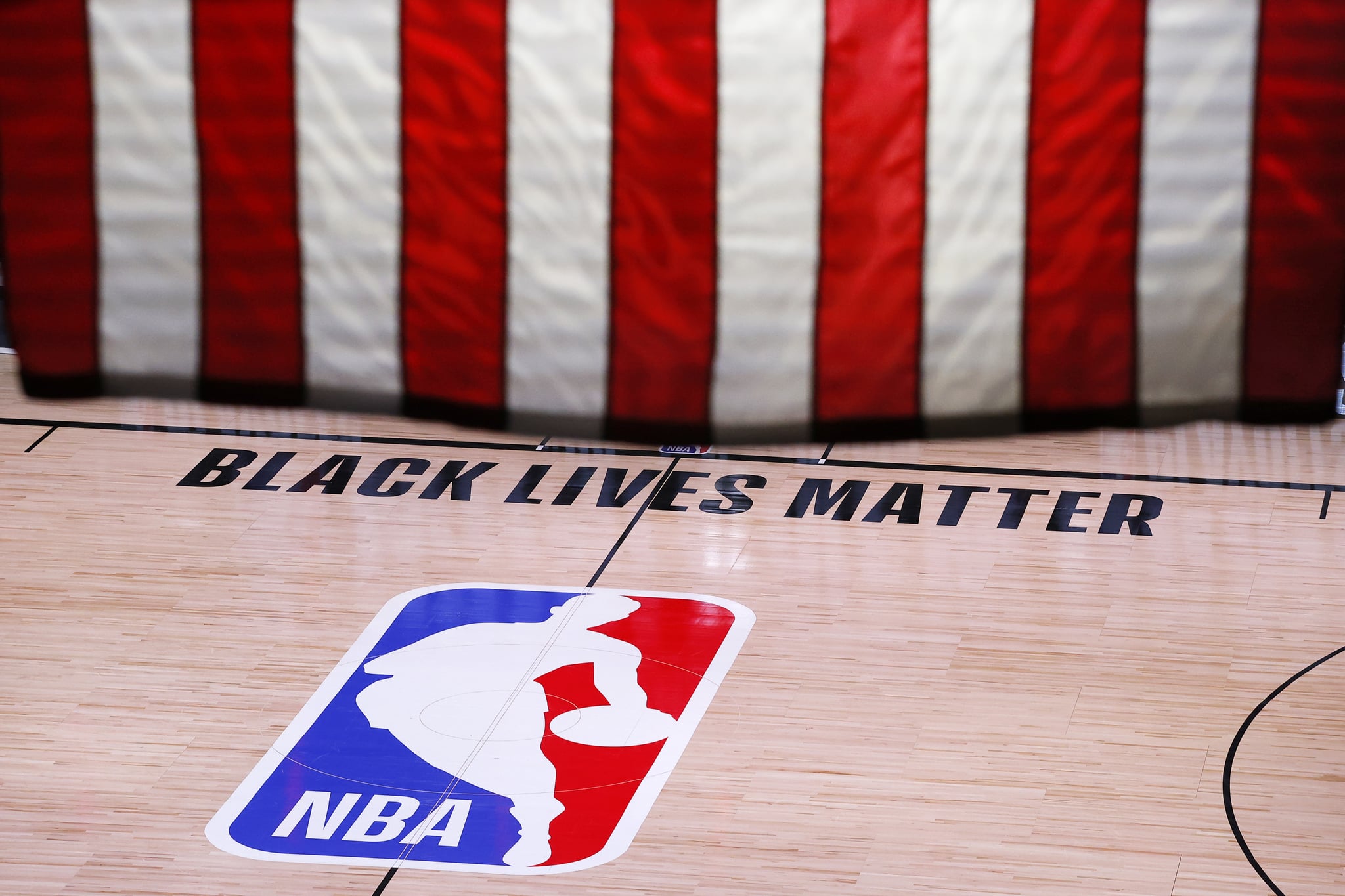 As a lifelong basketball fan, I could not contain my excitement when NBA players reunited in the bubble in Orlando, FL in July. By that point, the COVID-19 pandemic had left the globe riddled with tremendous loss, isolation, and uncertainty. As a country, we were also starting the work of coming to terms with the ugly reality of racism and inequality, and the hard fight for social justice. This year has been a lot, and we’re all looking for direction, some answers, and someone to step up and give us a little bit of hope. Those first few weeks watching the players’s TikTok and Instagram accounts, and seeing them reunite made me feel like we might just be getting that. I felt a sense of excitement I hadn’t experienced in a long time. I was looking forward to something after months of having nothing to look forward to.

It wasn’t just basketball. The NBA players vowed to use their platform to continue the conversation about the racial injustices going in in the country, while isolating from their friends and family so they could also continue to entertain us. A month later, games have been postponed not because of the pandemic but because of systemic racism and injustice.

The NBA is made up of close to 80 percent Black players. Let that sink in.

These men are not just simply trying to survive while being Black in America, they are also experiencing a global pandemic (affecting the Black and Latinx communities in the U.S. in disproportionate levels) and enduring extreme isolation away from their families during this time. All the while, fans are expecting them to compete at the highest level of basketball as the season continues in full force. And, for what? So we aren’t bored at home?

As the season re-started and players went back into the locker room, many decided that if they came back this season, they would make it count, and speak up about police brutality. NBA Commissioner Adam Silver had the perfect plan to protect the league from coronavirus, but allowing them to put social justice messages on their jerseys isn’t enough to support the constant fight against racial injustice. Steve Ballmer, owner of the Los Angeles Clippers with a net worth over $70 billion, tweeting about police accountability isn’t enough. I appreciate NBA players continuing to keep school in session for us, but the reality is that this fight against police brutality is not their responsibility. Yes, these players are getting paid to be in the bubble and do their job, but we are expecting them to carry a lot of weight they shouldn’t have to. Playing in extreme isolation away from their families with the jarring news cycle continuously asking them to step up when they have already done so much more than was asked of them. The recent boycott of games shouldn’t have had to happen because we shouldn’t have put these players in this position.

As a loyal NBA fan — shout out to the Beard & Brodie — I was captivated early on watching games with my grandpa and seeing the legendary Hakeem Olajuwon work his magic on the court. And so like many, I was devastated when the season was cut short earlier this year. As I began to realize what was happening around the world the devastation of the loss of the NBA season felt minimal and I simply hoped the world would “go back to normal.”

We began to see the news cycle change during the BLM protests after George Floyd’s and Breonna Taylor’s killings. I was paying attention to something I admittedly never paid attention to in such vivid detail. The world had stopped and here we were, forced to reconcile with the harsh reality of racial injustice so many folks have the privilege of ignoring. There were countless reports of Black men dying at the hands of police that we could no longer ignore. Events like these are hard to watch but important to learn from, although we shouldn’t have to get an education this way, at the expense of our Black brothers and sisters. And then another unfortunate and more importantly preventable news in the headlines: police shot another Black man, Jacob Blake of Kenosha, WI.

The frustration and pain on his face was so vivid yet there he was, doing his job, playing the game. A Black NBA player giving to us more than his country has given to him.

A day after the shooting, fresh off the Oklahoma City Thunder’s win in game four of the playoffs against the Houston Rockets, as tradition goes, there was a post-game interview on the court. I watched point guard Chris Paul get asked a question about the team’s win and strategy going forward in the playoffs. His response made me well up. “That’s all going well, but I just want to send a prayer out to Jacob Blake and his family.” It hit me like a ton of bricks. How are we allowing this? The frustration and pain on his face was so vivid yet there he was, doing his job, playing the game. A Black NBA player giving to us more than his country has given to him.

That day, I watched Los Angeles Clippers coach Doc Rivers answer postgame questions, too, where he used his time to speak about the protests in Kenosha, WI. “All you do is keep hearing about fear. It’s amazing to me why we keep loving this country and this country does not love us back,” he said. Rivers’s father served as a police officer for over 30 years in Maywood, IL. The emotions were seeping through him, how could they not? A Black NBA coach, with a son also playing in the league, once again trying to educate fans, hoping his words might make a difference to someone.

Later in the week, I watched Wolf Blitzer interview Charles Barkley on CNN. Blizter asked Barkley what he’s been hearing from the NBA players directly and Barkley responded: “Wolf, the bottom line is, it’s exhausting being Black, especially when you’re a celebrity. You know, I love Tom Brady but nobody asks him what’s going on in white America. Nobody asks Luka Dončić what’s going on in America. White players have been amazing, but they don’t live with the pressure that these young Black guys are going through.” A Black man in the NBA family once again educating us, describing the frustrations Black athletes experience.

We should be thankful for these men using their platform to do good and fight back against racial injustices, but the reality is that they should have to do less and our government leaders should be doing more

Chris Paul, the President of National Basketball Players Association and one of the best point guards in the game, is a Black man. He’s the father of a Black boy. LeBron James, one of the best to play the game is also a Black man; a father of two Black boys. While competing at the highest levels of basketball, he helped create a voting rights group, More Than A Vote, and partnered with the Los Angeles Dodgers to make Dodger Stadium a polling place for the November general election. We should be thankful for these men using their platform to do good and fight back against racial injustices, but the reality is that they should have to do less and our government leaders should be doing more.

The shootings and killings of Black men in the U.S. aren’t just a news story for these men. They live this reality in the harshest way possible.

While I will always love the thrill of playoff basketball — there is nothing like it — it’s important for fans to self-reflect and realize how much even as fans and consumers of the NBA we’re expecting these players to take on. To demand of them to keep running on empty, day in and day out, shows a serious lack of empathy. Do I want to see the Houston Rockets bring home a championship? Of course! Do I want to continue watching Damian Lillard disrespect everyone in his path? Why wouldn’t I? Do I want to yell “Luka 100” times more in shock? What else am I doing?

But even as a fan, I can appreciate the weight of these times on players, coaches, and the league’s staff. I can recognize that we are living through a nationwide awakening to racial injustice that’s far more important than one playoff season. We are being asked to pay attention to the pain of Black Americans and decide how we choose to move forward as a society.

Brooklyn Nets player Kyrie Irving was right, the game is a distraction right now. If we don’t use this time to allow the people that can actually make a difference with a platform, we’ve wasted it.

Apologies to Kyrie Irving because this is most definitely bigger than basketball.

Artist and Musician TiKA on Ego, Music and Identity
Meghan Markle Wears an Armani Belted Dress for Her Oprah Tell-All Interview
Everything Prince Harry Revealed About Archie, Meghan Markle, and Stepping Back From ‘Toxic’ Royal Life
Tyrone Edwards On Mental Health, Being Un-Muted and Caring for the Underserved
Laurie Hernandez Blows Us All Away With a Hamilton Floor Routine After a 4.5-Year Hiatus