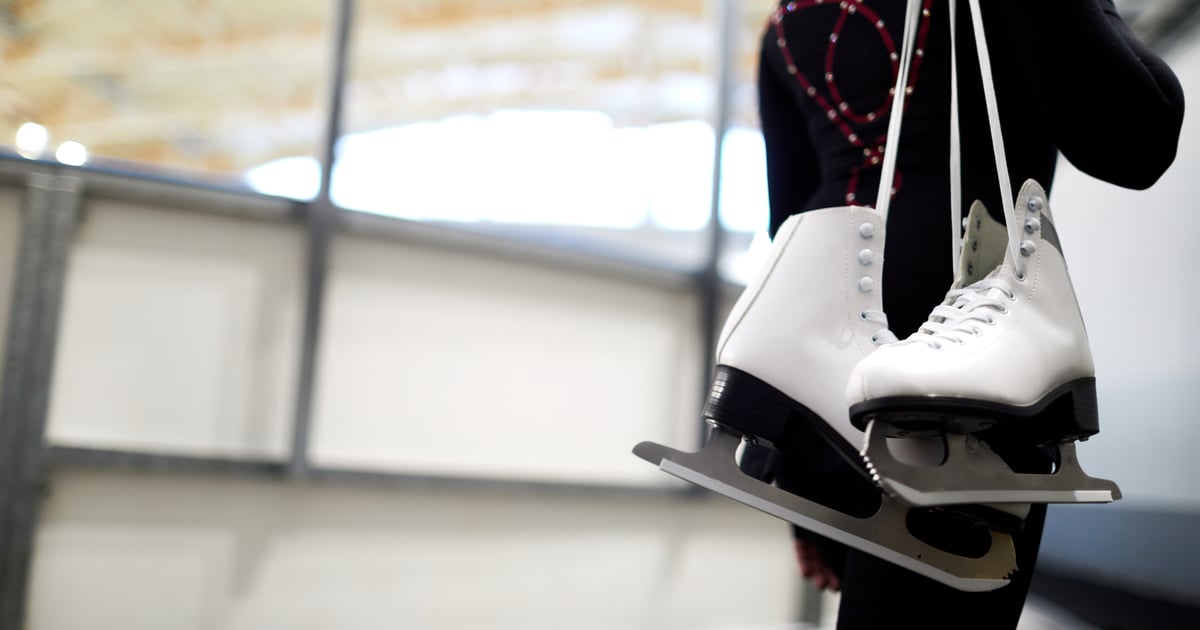 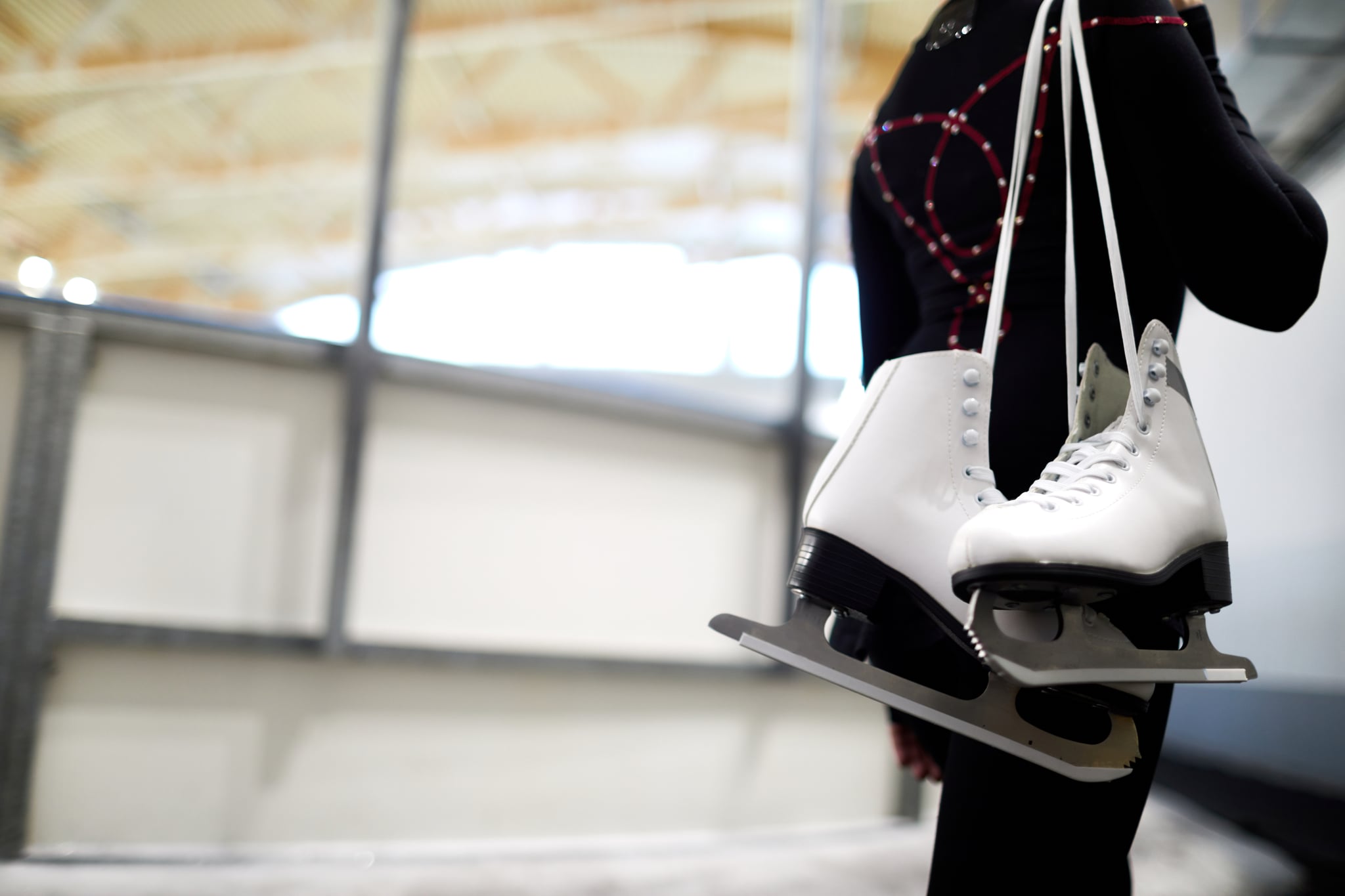 I started taking figure skating lessons when I was only in kindergarten. Fat Figure Skater Taught Me About Being Confident in My Own Skin. Like every other parent with a skater that age.

My mom’s biggest concerns revolved around making sure that I wore a helmet in case I fell, that my rental skates were tied tight enough that I wouldn’t get blisters, and that my jacket was zipped up all the way to the top to keep me warm.

I received that same type of support from my mom throughout my skating career. But I was really lucky. Eventually, my friends’ moms seemed to stop worrying about those kinds of things.

And started to focus instead on their daughters’ appearances, from their perfect hair buns to the gap between their thighs. By the time I was 10, the competition had started.

Both in terms of skill and who looked better in their skin-tight bedazzled dresses. Group lessons were replaced by private coaches, girls switched to homeschooling so they could dedicate more time to skating, and we were constantly comparing ourselves to each other. At least that’s what my “friend” group was like.

When I was a tween, I switched to a new skating club and rink with pretty much the same vibes as my old one. On my first day of practice, my mom got acquainted with the moms of the other skaters in my level.

As I tied my laces, I listened to them chat about their daughters. Unsurprisingly, the conversation was all about body measurements and dieting.

She’s big for her age

one of the moms said to mine

as if I wasn’t within ear shot.

Instead of defending me in a way that would make me feel self-conscious, my mom turned it into a compliment. “Yes, she is! Look at these beautiful thighs,” she said, as she gave one of my thighs a loving squeeze.

So, naturally, I took the other moms’ snobby remarks as compliments, because that’s how my mom framed them. I’m gonna do so well here, I thought to myself confidently.

It’s only now that I realize what those comments could’ve done to me had my mom not been there. At an age where I would be susceptible to self-esteem issues, especially in a competitive individual sport like figure skating, my mom made sure that I maintained a healthy attitude about my body.

If it weren’t for her, I’d have extremely poor body image, because even though my mom never said anything negative about my weight, my coach was very vocal about it. That’s considered normal in figure skating.

My coach put so much emphasis on losing weight, even over my ability to master certain skills. I could land a double axel perfectly, but if I would just lose 10 more pounds, I could jump even higher.

When I met my coach for the first time, she promptly put me on a weight-loss regimen.

After our first lesson, she handed me a thick packet filled with diagrams and lists of workouts.

I needed to add to my routine which, by the way, was actually nonexistent, because all I did was go to the rink for practice and show up to off-ice conditioning, and I never considered that as “working out,” because I was a kid. “Thirty extra minutes a day and the pounds will melt off,” my coach said enthusiastically.

I remember wondering, Is 30 minutes a lot or a little? How many pounds am I supposed to lose? It wasn’t so much the workouts themselves that threw me for a loop, as it was the goal behind them.

To my coach, the goal wasn’t getting stronger and performing better. It was making the numbers on the scale go down. After I was introduced to this mentality of “working out,” I began to think of myself in terms of pounds and body fat percentage.

My coach put so much emphasis on losing weight, even over my ability to master certain skills. I could land a double axel perfectly, but if I would just lose 10 more pounds.

I could jump even higher. It didn’t matter that the weekly power skating sessions strengthened my crossovers. If my legs or “tree trunks,” as my coach called them were skinnier. I’d look more graceful.

My self-consciousness got to the point that I stopped stretching where other skaters could see me.

I stopped changing openly in the locker room, and I stopped doing warmup laps with my friends, because my coach always compared me to her other students, and I was the fattest one.

During freestyle sessions, I would practice my skills in one corner or stay behind the hockey net.

My mom always asked, “Why don’t you use the whole rink, or skate in the middle where there’s more space?”

I felt more comfortable practicing where people couldn’t see me, because my coach made me feel unworthy of occupying the space of the “real” skaters. 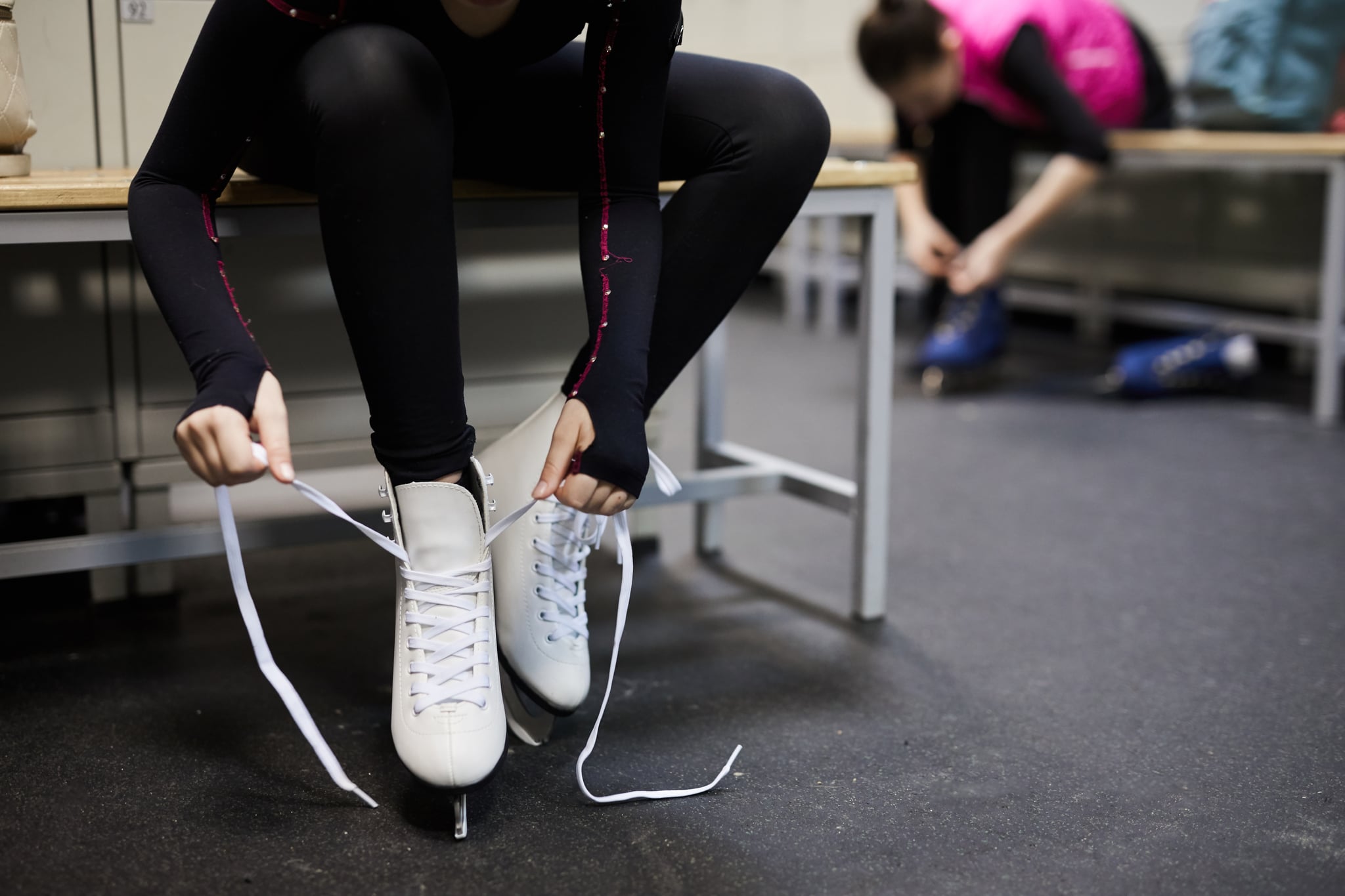 Thankfully all the fat-shaming my coach did during private lessons was undone by my mom’s body positivity and encouragement. Despite my constant complaining about my body, my mom never once told me I needed to lose weight.

After I said I was too fat to look graceful on the ice, my mom signed me up for ballet classes at the rink, which are known to help figure skaters with flexibility, balance, and ultimately, gracefulness.

Then on my first day, when I refused to take off the heavy sweatshirt that I believed was covering my (nonexistent) muffin top, she forced me to remove it, insisting that I would feel more comfortable without the hindrance of an extra layer.

She sternly told me to focus more on ballet and less on how my stomach looked. I was so angry with her that my anxious, insecure tears blurred my vision throughout the class. In hindsight, I should have been grateful to her for reinforcing that I didn’t need to cover up my fat out of shame.

When I came back from my nightly run once and cried about being too fat to eat the dinner my mom had prepared.

She didn’t tell me to eat as much rice as I wanted or that she would fix me a healthy salad instead. She simply portioned out my food so I could still eat my favorite dinner without worrying that I had overeaten.

All the times I said I was fatter than the other girls, my mom would say, “Maybe. But you also have a fat heart, and a fat personality. What’s so bad about being fat?”

Instead of lying and saying that I was just like everyone else, or feeding into my fat-shaming by agreeing that I needed to lose weight, my mom turned “fat” into a normal descriptor, not something negative or shameful.

I’m so glad I took her words to heart more than my coach’s. The day I got a concussion after a bad fall was one of the happiest moments of my figure skating career, because I had a valid excuse to skip my dreaded private lessons.

It was around that time that I finally told my mom all the toxic things my coach had been saying to me for years, and I never took lessons from her again.

Being away from figure skating while I was injured made me realize how toxic it was for me and people like me.

I started to understand why I never saw other figure skaters who shared my body type.

But I couldn’t let that get in the way of my love for being on the ice. So I started playing hockey. It was a cultural reset. There was so much emphasis on building both mental and physical strength, and empowering other players as much as ourselves.

It wasn’t about who looked prettier or jumped higher; our parents cheered when anyone on the team scored a goal.

Being away from figure skating while I was injured made me realize how toxic it was for me. I started to understand why I never saw other figure skaters who shared my body type.

I did have good moments in figure skating. too, But as someone who was considered fat in a sport that revolves around conventional beauty standards and slim figures.

Those moments were hard to come by. The only reason I got as far as I did was because of the persistent body positivity perpetuated by my mom.

I never had to conform to the beauty or body standards upheld by figure skating, yet I still excelled in the sport, which helped me excel in another one. That’s the power of learning to love the body you’ve been given.

I only came to fully understand this after asking my mom if she thought I had wasted too much time figure skating.

She said no, that it was an investment. She knew that if I was discouraged by my weight.

I might end up quitting and losing something that I really loved, and it would be an unfair trade. Instead of feeding into the nitpicking of my coach. My skinny friends, and myself. My mom focused on supporting my love for being on the ice. I’m so glad she did.

Being a fat figure skater-turned-hockey player showed me the importance of both body positivity and body acceptance. Awareness that I carry with me both on and off the ice.

I know that buying into the BS of fat-shaming doesn’t get you anywhere. It’s our personal goals and the love and support of people. That really care about us that empowers us mentally and physically.

When Is The Masked Singer on This Thanksgiving Week?
Challenge Your Core With This 3-Minute Pilates Routine to “Señorita” by Shawn Mendes
Givenchy’s First Collection by Matthew M. Williams is Finally Shoppable
Does Foundation Stop Your Skin From ‘Breathing?’
Susanne Bier Answers Your Burning The Undoing Questions