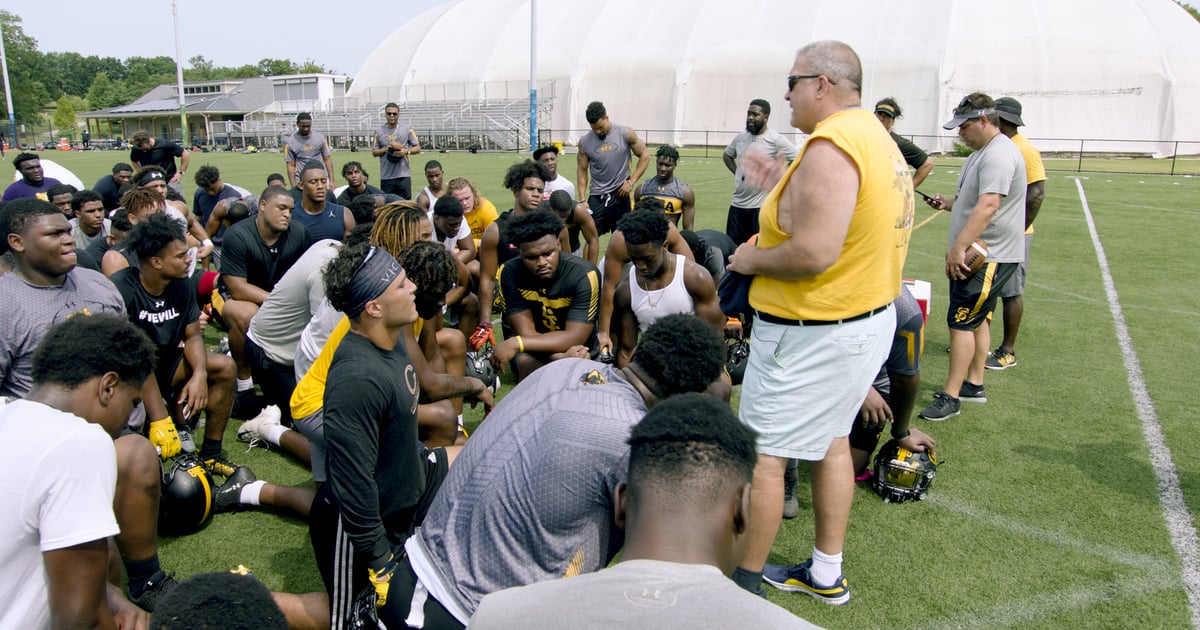 If you’ve tuned in to HBO’s latest docuseries, The Cost of Winning, you might be wondering where the athletes are now. The four-part series follows the football players of St. Frances Academy, an underfunded private school in Baltimore that won so many games, the team was kicked out of its league. After they’re left to fend for themselves, the Panthers create their own schedule, facing teams from all over the country, with the financial help and leadership of Coach Biff Poggi.

Set against a backdrop of racial injustice, poverty, and gun violence, the series highlights the adversity the players face while trying to earn scholarships to college. The vast majority of the seniors did just that. Ahead, find out how several of the key players are doing as college athletes.

Karlie Kloss On Designing Her Adidas Collection and Connecting With Herself In Quarantine
20 Warm And Stylish Winter Boots You’ll *Actually* Want To Wear
Who Is Whatchamacallit on The Masked Singer?
Selena Gomez on Reclaiming Her Story After Her Mental Health Journey Was “Twisted”
Does Foundation Stop Your Skin From ‘Breathing?’