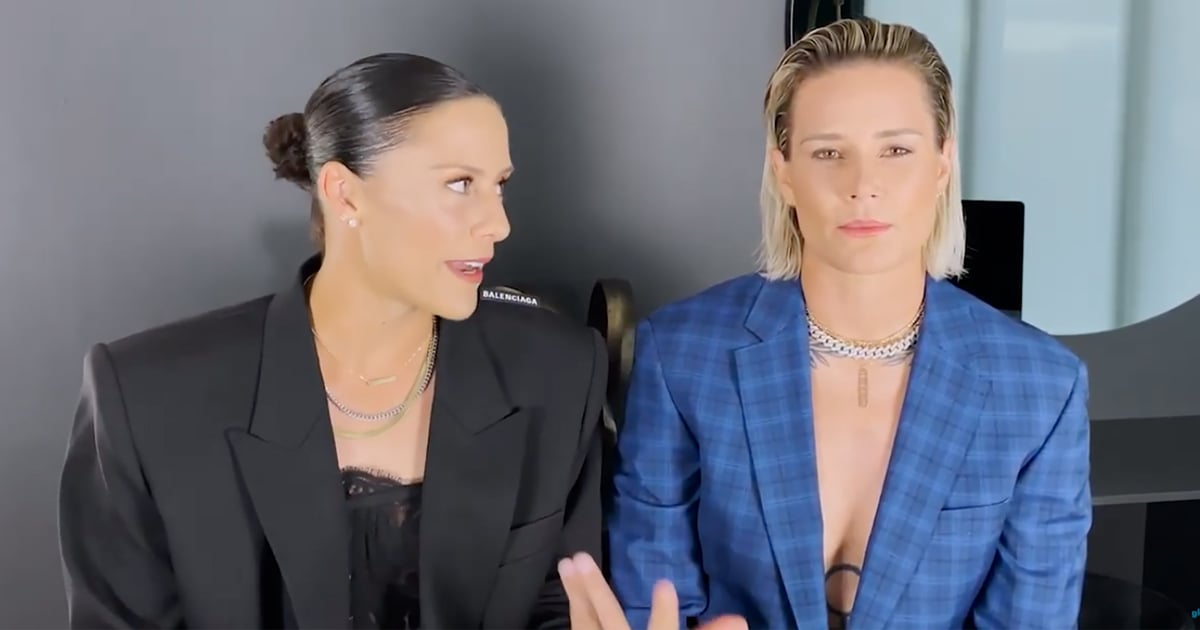 If you missed the GLAAD Media Awards last night, you have to see the compelling video of USWNT soccer players (and married couple) Ashlyn Harris and Ali Krieger. Before presenting the award for outstanding film, they expressed their support for trans student athletes. “As LGBTQ athletes, and new supertired moms, we really wanted to stand up for the youngest members of our community,” Harris said. Krieger added that they were speaking out on behalf of all the students out there, because trans students want the opportunities to play sports for the same reason other kids do: “to be a part of a team where they feel like they belong.” Their statement came in response to the more than 20 states that have pending legislation that would ban transgender student athletes from joining sports teams that are aligned with their gender identity.

Harris and Krieger’s impactful quotes echo a scientific review by Sports Medicine in 2017 that found there was no consistent evidence to suggest that transgender women and transgender men have an athletic advantage at any stage in their transition. Actually, the lack of inclusive and comfortable environments was in fact a barrier and disadvantage to trans athletes’ participation. This is even more reason to eliminate restrictions on trans student athletes and encourage them to play on the teams with which they identify.

“We shouldn’t discriminate kids and ban them from playing just because they’re transgender,” Harris stated. We stand with GLAAD on this one, and we’re not going to back down. Because if you know anything about us, you know we play to win.”

You Only Need 1 Resistance Band to Get In a Full-Body Burn With This 30-Minute Workout
Charlotte Tilbury Launches New Love-Themed Collection + More Beauty News This Week
Exciting News, Peloton Users: You’ll Soon Be Able to Pause On-Demand Workouts
What Our Editors Did During Shelter in Place That Wasn’t Writing the Next Great American Novel
For the First Time Ever, Skateboarding Is Headed to the Olympics — Here’s How It’s Scored